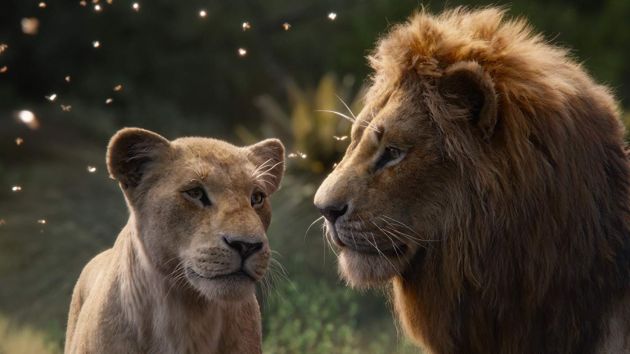 We are days away from the highly anticipated live action remake of Disney’s “The Lion King”. The track list was unveiled this morning. Beyoncé executive produced this album and she did not come to play!! The Lion King: The Gift album has features from some of the hottest stars in American Hip Hop and R&B plus some major African stars! Pharrell, Childish Gambino, Kendrick Lamar, Jay –Z and even Blue Ivy is featured. The Carters sure do know how to keep it in the family.  Take a look at the track list and cover art below.

The Lion King: The Gift: 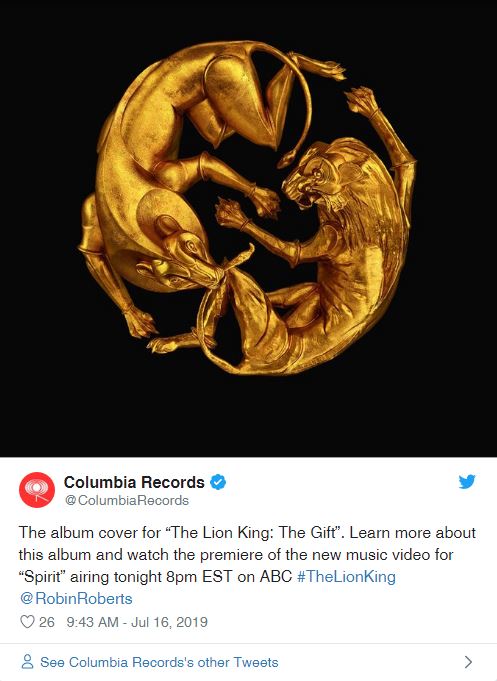 When announcing the project last week, Beyonce said, “Each song was written to reflect the film’s storytelling that gives the listener a chance to imagine their own imagery, while listening to a new contemporary interpretation.”

She noted: “It was important that the music was not only performed by the most interesting and talented artists but also produced by the best African producers. Authenticity and heart were important to me.”

The official video for single “Spirit” drops tonight and the movie debuts this Friday July 19th 2019! I will for sure be tuned in and in attendance!